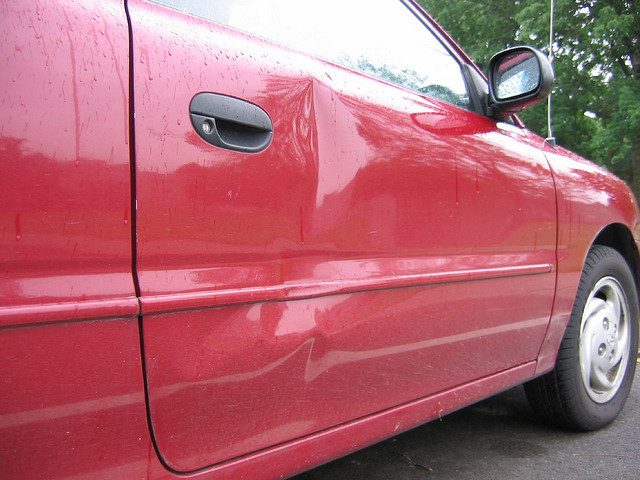 They say that your car drops in value the moment you drive it off the lot. I believe it! It’s almost impossible to protect your car from the dents, dings and scratches that happen when it’s exposed to the elements (or other drivers). Recently, we’ve been looking into products that can address common issues that car owners have such as dings and dents. We investigated Pops A Dent, a product that supposedly allows you to just “pop” dents out of your car. Is Pops A Dent the perfect vehicle dent fixer? What we learned surprised us.

How Pops A Dent the Perfect Vehicle Dent Fixer Works

Pops A Dent works by pulling out dented metal on your vehicle. You just attach the device to the area with a special adhesive and then twist a knob. The dent pops out, greatly improving the appearance of your car. This practice also saves you the hassle of taking your car in for professional attention.

Here are some things to consider before investing in a Pops A Dent system for your car:

Where to Buy Pops A Dent the Perfect Vehicle Dent Fixer

If you buy Pops-A-Dent from the official website, you get a special offer with your purchase: A free bottle of One Wipe Intense Restorer for just the cost of shipping and handling. You also get a 30 day money back guarantee from the manufacturer. These guys purport to stand behind their product. We haven’t experienced any issues with the Pops A Dent so we don’t have first hand experience with the return process. But, we also haven’t seen any complaints yet.

If you have a car or truck, having a Pops-A-Dent on hand can make a huge difference both in the appearance of your vehicle as well as keeping money in your pocketbook. You can at least try fix a small dent or ding yourself before taking your car into the shop.